In a 2008 article in The Jewish Tribune (see page 6), Atara Beck reported that


Only recently, two known anti- semites from the US were guests at a Richmond Hill mosque, whose imam is Zafar Bangash, president of the Islamic Society of York Region, known for his statements defending Holocaust denial and the current Iranian regime. One of the guest speakers, in fact, is on record as having praised President Mahmoud Ahmadinejad as a model Muslim.

So I guess York Regional Police's "diversity" enforcer must have paid one of those extra-special "inclusivity" visits to Zaffy's mosque beforehand--as he did this month when Pamela Geller was slated to speak at a synagogue in the area, right?


they don’t send anyone to mosques – or to churches and synagogues, for that matter – to listen to sermons. But he insisted that they monitor the circumstances closely, adding that “there are extremist views in every religion and in every community. Extremism is not restricted to a particular community. It’s acting on these issues that would be a concern.”

But as we know they did send someone--little Ricky--to a synagogue, to strong-arm the rabbi into putting the kibosh on Pamela Geller's "hate speech."

Hey, little Ricky. You got some 'splainin' to do! 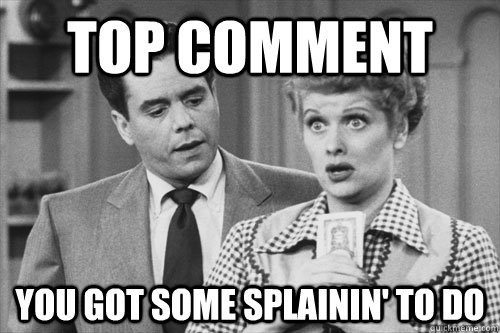 
Understanding the many cultures within Markham and York Region is a way to mitigate cultural conflict, said York Regional Police Insp. Ricky Veerappan, who is in charge of the police’s diversity, equity and inclusion bureau.

“We are responsible for policing a microcosm of the world. And the census proves that,” he said. “Many immigrants come from places of conflict, where the conflict is still very active. International events have a tremendous impact and can sometimes play out in our community.”

One of the training programs, a places of worship tour, was recently expanded to include not only officers, but community services groups, including members from Markham’s fire services, Insp. Veerappan said.

While on tour, the group meets with various spiritual leaders from differing faiths to better understand cultures.

To alleviate those tensions, "diversity" enforcers tell Jew to ix-nay the asphemy-blay, and let hate speakers at Zafar Bangash's mosque bloviate to their heart's content.
Posted by scaramouche at 4:22 PM