Entertainment Weekly has a gallery of TV characters with the worst luck, ones who have suffered unforeseen and often unbelievably awful turns of fate. My favorite has to be Kenny McCormick, whipping boy/scapegoat of profane 'toon series South Park. His streak of "outrageous misfortunes" is listed as follows:

Yikes! And you thought the Kardashians had tsuris (the Yiddish word for cares and woes). 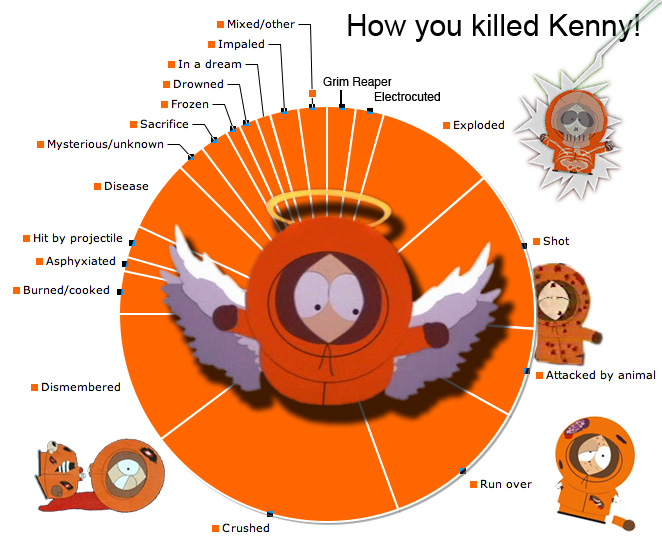 Posted by scaramouche at 7:35 AM