Melanie Phillips reports on the contents of the tome and the former Archbish of Squish's hideously bad timing:


In what promises to be a high-profile event in the lawyers' Temple Church in London – which for some reason has taken a lead in promoting sharia in the UK – Dr Williams will today help launch a new book, Islam and English Law, published by Cambridge University Press.

According to the pre-launch blurb, the book will ask:
and also

'…what changes, if any, to legal provision and practice will narrow division between the UK's communities, promote understanding and accommodation – and, to improve the protection offered to them all.'

Well, I suppose it's possible that the book – along with Dr Williams -- will answer that last question by saying: 'Stop sharia now'. Such an answer would certainly bring relief to the many thousands of British Muslims who want to live in freedom and security under democracy, equal human rights and 'one law for all'.

However, given that the contributors to this book are

I'd guess that the answer to the questions listed under the bullet-points above might be mostly 'yes', 'yes', 'yes' and 'yes'. 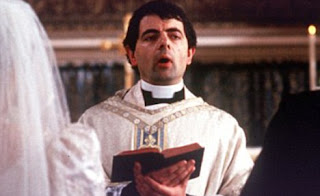