Robert Fulford calls revered Canucki novelist Margaret Atwood (the author of many turgid, unreadable novels and therefore in line for a Nobel Prize for Literature) "the queen of Toronto's bien pensants." Atwood, writes Fulford, is someone who

...She wants fiscal transparency and she wants plain speaking. She wants cheap AIDS drugs for the poor countries, a debate on abortion, protection from rape and enforced prostitution, support for Planned Parenthood -and don't forget respect for parliamentary democracy. (She somehow ignores world peace and a chicken in every pot.) These demands, as she imagines it, would be met by what she chooses to call the "Common Decency Party."

This is not an overly subtle way of saying that those who think as she does are on the side of decency and goodness. The rest of you people (that would be the Conservatives) aren't.

Fulford knows exactly where Atwood is coming from--i.e. from the Annex, an insular Toronto neighbourhood that is both a location and a state of mind:


The Annex fits snugly into the riding of Trinity-Spadina, represented since 2006 by Olivia Chow of the NDP, who won the seat from the Liberals. Conservatives exist in the Annex, but their public presence is discreet; it's hard to find their lawn signs and few profess to know the Conservative candidate's name. In Trinity-Spadina in 2008, Chow received three votes for every one that went to the Conservative.

The Annex is a particularly wordy place. Almost everyone who lives there works in some branch of the word industry. On many streets there are more professors than houses, and it is not uncommon to find one dwelling in which two journalists can be found raising children with embryonic tendencies toward journalism.

Atwood is an independent thinker, highly original in fact, who just happens, by coincidence, to think of politics precisely the way the rest of the Annex thinks. And the Annex, in return, thinks what she thinks. The Annex is a lesson to us all, one place in Canada that proves people can set aside their differences and come together in the common pursuit of decency. Borrowing the phrase of an American author, you could accurately call Annex dwellers the herd of independent minds. 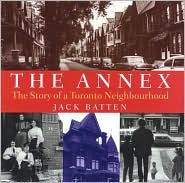 Posted by scaramouche at 7:25 AM

I love hearing doctrinaire collectivists like Ms. Atwood aver that they are in favor of "individual initiative." As far as I can tell, the only sphere of human action in which Ms. Atwood, if made Queen of the World, would allow said individual initiative is the sexual one (especially where untrammeled abortion is concerned) . . . but, of course, even in this domain individual initiative would not be allowed to extend to extend to freedom of association. You can bet your bottom dollar that Ms. Atwood's utopia would not allow innkeepers to deny rooms to unmarried couples, adoption agencies to refuse to place orphans in homosexual households, or churches and synagogues to dismiss employees on the basis of sexual turpitude. Gee, that actually sounds a lot like Canada and many parts of the U. S. right now!