A Funny Line About the Charlottesville White Power Boys

There are many shades of white, and Mom’s-basement white is the least popular crayon in the box.

I think we should call 'em IBBs--Immature Basement Boys. 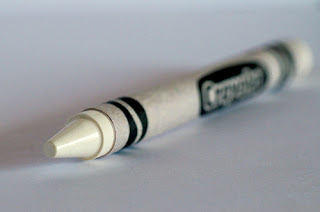 
In between, the president turned to Twitter to complain that his delayed repudiation of hate groups hadn’t met with more acclaim by the media, or, as he described them, “truly bad people,” a harsher descriptor than used to describe KKK or neo-Nazis: “Made additional remarks on Charlottesville and realize once again that the #Fake News Media will never be satisfied…truly bad people!”

On Tuesday morning, Trump retweeted then deleted, a cartoon of a train mowing down a person with a CNN logo placed over their face, under the line: “Nothing can stop the Trump train!!” Three days after a car believed to be driven by a neo-Nazi, Trump supporter killed one and injured more than a dozen counter-protestors, the message was crystal clear: the president of the United States condoned the prospect of a CNN journalist trammelled by the “Trump train.”

My explanation (and the only one I think make any sense): Trump is really an ALF--an Alien Life Form. He was sent from a galaxy far, far away not to Make America Great Again, but to wreak havoc on planet Earth. In case you were wondering, TRUMP is an acronym for Truly Ridiculous Unearthly Malign Presence. And barring the semi-foreseen (i.e. serious health issues and/or impeachment), this extra-terrestrial will remain in the White House (an edifice that he, the owner/resident of many a mega-swanky building, disingenuously tweeted was "very special") at least until 2020. Posted by scaramouche at 6:33 AM