Hamas and Fatah Not Getting On So Well


Fatah officials say the rival Hamas movement has placed scores of Fatah activists in Gaza under house arrest during the Gaza war and has shot several in the legs for not staying indoors.

One of those attacked, Sami Abu Lasheen, told The Associated Press on Monday that Hamas gunmen shot him in both legs in late July. Abu Lasheen is undergoing treatment at a Jordanian hospital, but says he will need several months to recover.

The shootings came despite a power-sharing deal between the Islamic militant Hamas and Fatah's leader, Western-backed Palestinian President Mahmoud Abbas, earlier this year. Hamas and Fatah representatives are also part of a joint Palestinian delegation negotiating a cease-fire in Egyptian-mediated talks in Cairo.

A Hamas official denied that house arrests were imposed as a policy. 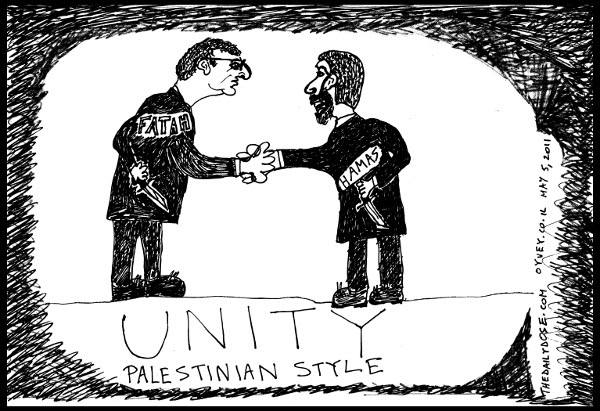 Posted by scaramouche at 8:45 AM