What follows reminds me of all the smartypantses (TLF among them) who claimed that once Israel made Gaza Judenrein everything would be okey-dokey:


In an essay in this newspaper on April 24, Ayalon and two colleagues argued that Israel should first declare its willingness to return to negotiations anytime and that it has no claims of sovereignty on any West Bank lands east of its security barrier. It should then end all settlement construction east of that barrier and in Arab neighborhoods of Jerusalem and establish an attractive housing and relocation plan to help the 100,000 Jewish settlers who live east of the barrier to relocate within Israel’s recognized borders. The Israeli Army would remain in the West Bank until the conflict was resolved with a final-status agreement. And Israel would not physically force any citizens to leave until an agreement was reached, even though relocations could begin well before then. Such an initiative would radically change Israel’s image in the world, dramatically increase Palestinian incentives to negotiate and create a pathway for securing Israel as a Jewish democracy. And Bibi could initiate it tomorrow.

Sounds like a plan to me. An idiotic plan that makes no allowance for Arab rejectionism--as always, the largest pothole along the road to peace--but a plan nonetheless. 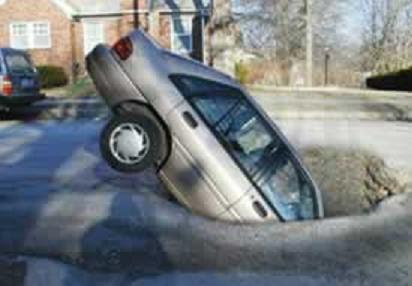 Posted by scaramouche at 8:57 AM

I confess to be somewhat bemused by peremptory demands that Israel must agree to cede its West Bank territories to the Palestinians as a token of its good will in negotiating a definitive peace with them. After all, the big westward bulge represented by said territories simply marks the farthest advance of the Arab Legion--the only Arab fighting force that gave a creditable account of itself during the Israeli War of Independence, no doubt in large part because it had been trained and was largely officered by the British. (It was led by the famous English soldier-adventurer, John Bagot Glubb ["Glubb Pasha"].)

The West Bank was Jordanian territory for 19 years after the 1948 War, solely by right of conquest. If Israel had not reconquered it in 1967 and held it ever since, I have no doubt it would still be part of the Hashemite Kingdom . . . so, just why are the Israelis obliged to give it back (except that they're the honkies in the neighborhood and so must give way in everything to the "indigenous" people of color)?

TLF is an insufferable know-it-all who knows nada. Consider his latest piece wherein he advises a tanking Obama to rise above the picayune details of his presidential record--in effect, a call for Hope and Change, Part 2. In its own way, that's as foolish--and as impossible--as his ideas re "returning" the West Bank.