Panda "Hilarity" In the New Yorker

One could write a PhD thesis on the sorts of things that pass for satire in the pages of the New Yorker. This, for instance:

TORONTO (The Borowitz Report)—Canada, already bracing for the possible inflow of millions of American refugees in November, might have made matters worse by releasing an unacceptably adorable photo of its Prime Minister hugging two baby pandas, Canadians fear.

The photo, taken at the Toronto Zoo and showing Justin Trudeau cuddling with two panda cubs, was “the last thing this country needed,” Harland Dorrinson, the executive director of Canadians for Responsible Immigration, a prominent anti-immigration organization based in Ottawa, said.

“Canada is already staring down the potential crisis of millions of Americans pouring over its border later this year,” Dorrinson said. “Did we really have to announce that we have pandas, too?”

The news photo, which Dorrinson called “an unmitigated disaster,” is expected to worsen the influx of illegal Americans because, he said, “in addition to pointing out that Canada has pandas, it is also reminding people that our Prime Minister is an unusually handsome man, especially for someone in government.”

In an open letter published online, the anti-immigration leader urged Trudeau “to put his country first” and cancel a visit scheduled for Friday at the Winnipeg Puppy and Kitten Shelter.

So what Andy's telling us is that all Syrian "refugees" (and by extension all Muslims) are likely to be as non-threatening as pandas, puppies and kittens? 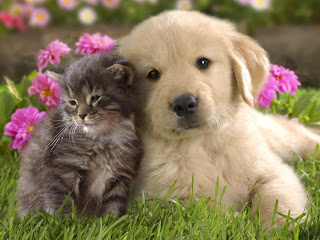 Posted by scaramouche at 9:23 AM