A FrontPager describes how the Democrats sucked up to "Butch" Assad, a craven, pathetic strategy that offers proof positive of how appeasement still doesn't work. (Big duh!) 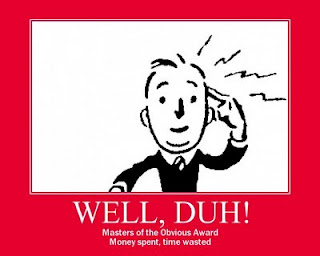 Victor David Hanson published a good column in _National Review_ today, in which he makes, in his elegant and rhetorically effective way, the general point that the Democrats accord legitimacy to other nations and/or their leaders in inverse proportion to their congeniality to pre-Obama America and its close allies. Thus, Assad, in the eyes of Democratic policy-makers, is a legitimate leader of the Syrian people precisely because of his record of enmity toward the U. S. and Israel. Appeasement, in the 1930s Neville Chamberlain sense, of throwing passengers out of the sled in the hope of satisfying the pursuing wolf pack, has very little to do with Democratic policy in the Middle East. (And, in the case of Israel, many Obamites would eagerly throw her to the wolves!)

I dunno. Pace VDH, I think Democrats convincing themselves that Assad is on the cusp of reform is in its own way as delusional (and as appeasing) as Chamberlain believing he was on the cusp of "peace in our time."

That said the Obami have made it a practise (a suicidal one, for sure) of shafting friends and embracing enemies, but I think that's a partly a function of Lefty self-loathing and guilt and, of course, the typically skewed way they understand and unpack reality.