Palestinians' Ace in the Hole--Playing the Victim Card


How did authoritarian and Islamist Palestinian groups become reinvented into traditional Western victimized minorities — analogous to women, gays, and minorities? Hamas, for example, is not known for free speech, gender equity, tolerance of homosexuality, or equality of the races (cf. the past West Bank newspaper cartoons of Sec. Condoleezza Rice). Visit any campus free speech area, and the PA or pro-Hamas literature is handed out right next to the Latino, black, gay, Native American, or feminist booths. Go to the Voice of Aztlan website, and the pro-Palestinian anti-Semitic rants appear cheek by jowl with Alta California chauvinism. How did such an intolerant illiberal movement piggy-back onto self-proclaimed progressive agendas? Multiculturalism? Anti-Semitism? Oil interests? Fear of terror? I suppose the transmogrification of a tiny outnumbered Israel of 1966 into a surrogate United States — its seven-million population now supposedly lording its “excessive” power over 400 million Arabs in the Middle East — explains a lot too.

So does the fact that Israel--like America--stands in the way of the Islamists' and Leftists' Utopia (really, a hell on earth), and must therefore be extirpated for the greater good of all. (Oddly enough, the "progressives" have failed to notice, or have chosen to ignore, that this echoes Hitler's ideas about "the Jews"--that they had to be wiped out in order for the world to flourish.) 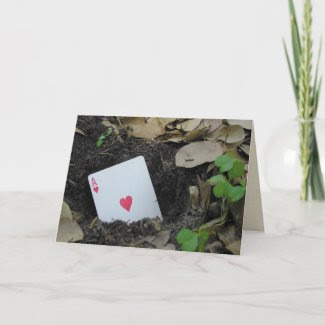 Posted by scaramouche at 1:01 PM

I would say that the penchant of the "Progressives" for Palestinian irredentism is not in the least surprising. The Progressive movement has always been crypto-fascist; Mussolini was one of the great heartthrobs of American Progressives in the 1920s, giving many of them Chris Matthews-style frissons. Jonah Goldberg's informative and entertaining _Liberal Fascism_ is chock-full of examples.

As for the apparent paradox of "men of the left" embracing a cause that may well result in a Holocaust-scale genocide of Israeli Jews . . . well, the paradigm currently in vogue with Progressives is that Israelis are white oppressors of brown people, regardless of inconvenient physico-anthropological facts to the contrary. As honkies, the Israelis have it coming to them, just as whites in California or Malmo, Sweden, have it coming to them. The indignation that many anti-Zionist zealots among the Western intelligentsia display when denying anti-Semitism as a motivation is, I think, sincere. Unlike the Nazis, they are not driven by hatred of Jews qua Jews, but of Jews qua Eurocentrist colonialists who oppress native peoples. (Of course, Muslim hatred of Jews reeks of old-fashioned anti-Semitism, as even a cursory view of MEMRI.org's video archives will abundantly attest.)