Stoopid New Yawkers should be even more concerned about Huma's ties to the Muslim Brotherhood than they are about her hubby's pathetic love affair with his own shlong (hilariously misdiagnosed here as "low self esteem"). 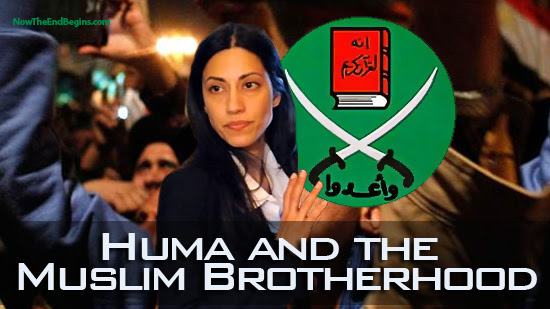 Scaramouche! Our (U. S.) Director of National Intelligence, James Clapper, has assured the world that the Muslim Brotherhood is just another secular political party, pretty much like the culturally conservative wing of the Republicans here in the States. (I guess that would make Huma something like a Moslem Sarah Palin.) That should be good enough for you foreigners! Stop interfering in the internal affairs of the U. S.! (Do you really want to look out your bedroom window one fine morning and see an USAF drone hovering there?)

I know all about Clapper's claptrap, CP. Just goes to show how successful the MuBros PR/propaganda campaign has been.