It's even more of a scam than setting bottled tap water, but that hasn't stopped people in uber-polluted China from buying a product that's clearly meeting a demand:


A Canadian start-up company bottling fresh air from the Rocky Mountains has seen sales to China soar because of rising pollution levels.

Vitality Air was founded last year in the western Canadian city of Edmonton but began selling in China less than two months ago.

“Our first shipment of 500 bottles of fresh air were sold in four days,” co-founder Moses Lam says in a telephone interview with the Telegraph.

A crate containing 4,000 more bottles is making its way to China, but he says most of that shipment has been bought.

A 7.7 Litre can of crisp air taken from Banff National Park in the majestic Rocky Mountains range sells for roughly 100 yuan (£10), which is 50 times more expensive than a bottle of mineral water in China. 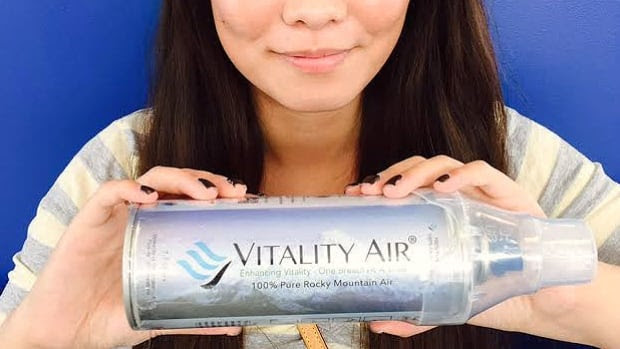 Posted by scaramouche at 4:16 PM