The largest project of the Suzuki Foundation, Tides Canada and their U.S. funders, has been the creation of the Great Bear Rainforest, a 21 million hectare “no trade zone” on the north coast of B.C. It’s the size of Switzerland. Now, in the name of protecting the kermode bear, the so-called Great Spirit Bear, environmentalists say that oil tanker traffic must be banned on the entire north coast of B.C. No tankers means no oil exports to Asia and that the U.S. gets to keep its virtual monopoly on Canadian oil. Whether this was the intention all along or not, the Great Bear Rainforest has become The Great Trade Barrier, thanks in large part to David Suzuki, Tides Canada and their American backers.

Apparently, they want us all to--sorry--grin and barrier it. 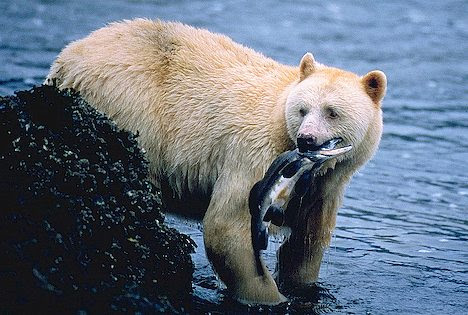