I snatched this one from the email "sent" vault. It was dashed off to the CJN re its report about Jewish reaction to the Supreme Court's Whatcott ruling. Since Passover is all about freedom, and since there is no freedom without free speech, I thought it was the perfect time to post this:

I don't know what it will take for mainstream Jewish leadership to realize that placing limits on free speech is a terrible idea. Followers of the Ayatollah Khomeini toting Hezbollah flags, calling Israel "a tumour" and shouting "Allahu Akbar" on the grounds of Queen's Park? An unnamed complainant accusing the B'nai Brith of "hate speech," resulting in years of investigation by one of Canada's many "human rights" bodies? How about the leader of the world's largest Arab nation calling Jews "apes and pigs," words he took directly from Islam's holy book?
Since all those things--and many more, including Israeli Apartheid Week and Queers Against Israeli Apartheid--have come to pass and Messers Fogel et al. are still convinced that clamping down on "hate speech" is the way to go, clearly, nothing will wake them up. As such, they remind me of another group of Jewish leaders, the ones who thought that "sha shtill" was the best way to protect Jewry while Hitler was on fire in Europe. It didn't work then, and it certainly won't work now. All it will do is give Jews a false sense of security as their enemies freely rail against them. And without the freedom to rail right back--what civil liberties pioneer Alan Borovoy, who regrets the role he and other Jews played in bringing state censorship to Canada, calls "effective invective"--Jewry and all of society will be severely, perhaps even fatally, hobbled.
Despite the latest Supreme Court ruling on the matter--in a nutshell, that free speech leads to hate speech, which can ultimately lead to genocide, a reductio ad absurdum if there ever was one--free speech did not cause the Holocaust. (To those who cling to the notion that it did, I would point out the painfully obvious: there was no free speech in Hitler's Germany.) And the sooner we Jews banish that nonsense from our brains and stop trying to silence domestic "Nazis" via the courts, the sooner we can focus on mobilizing against those Zion-loathers (the hatred of Zion being the latest manifestation of age-old Jew-hate) who do pose a genuine threat to us--and to our freedom--today.

My Passover message to mainstream Jewish leadership which yet clings to its censorship security blankie: let that shmatta go! 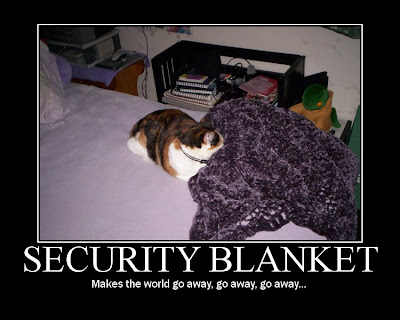 Posted by scaramouche at 9:28 AM