In the wake of a bombing at a Jewish center in Malmo, the city's mayor has some words of, ahem, advice for the few Jews who remain:


Ilmar Reepalu, the mayor of Malmo, has advised Jews who want to be safe in Malmo to reject Zionism. He also has said that the Jewish community had been “infiltrated” by anti-Muslim agents and has denied that Muslims perpetrated the attacks on Malmo Jews.

I say it was done by pixies. Or gnomes. 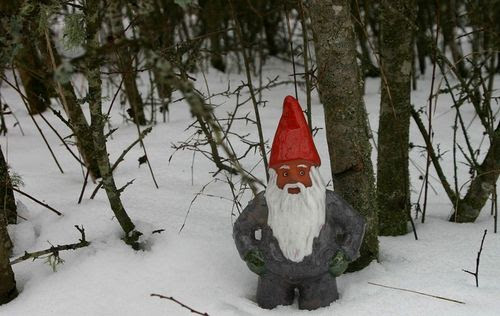 Posted by scaramouche at 2:23 PM

Let's set aside His Honor's delusion that, if he just feeds the Jews to the Moslem wolves, they'll let the sleigh and its Nordic passengers go on, skimming along merrily, bells a-jingle, atop the Hyperborean snow . . . just how are said Moslem wolves supposed to distinguish between individual Jews who have renounced Zionism and those who haven't? (Not that I think they actually care, anymore than four-legged lupines would forbear chomping down on tasty sleigh riders because they hold politically correct views on Zionism.)