Someone needs a good hosing down/a cold shower, and it isn't Justin, whose "movie star looks have people so flustered," claims the gushing scribbler, that "they don't even know how to process it."

The hyperventilating writer continues in the same vein: As if donning shalwar kameez and green eyes wasn't enough, the new PM also identifies as a feminist.

There's just something about men in shalwar kameez and Justin Trudeau knows it.

The chiseled charmer, who just became the Prime Minister of Canada, has women all over the globe singing 'Oh Canada'...

Pictures of Trudeau donning a shalwar kameez at a mosque surfaced on the internet yesterday, sending all the desi ladies in a frenzy. 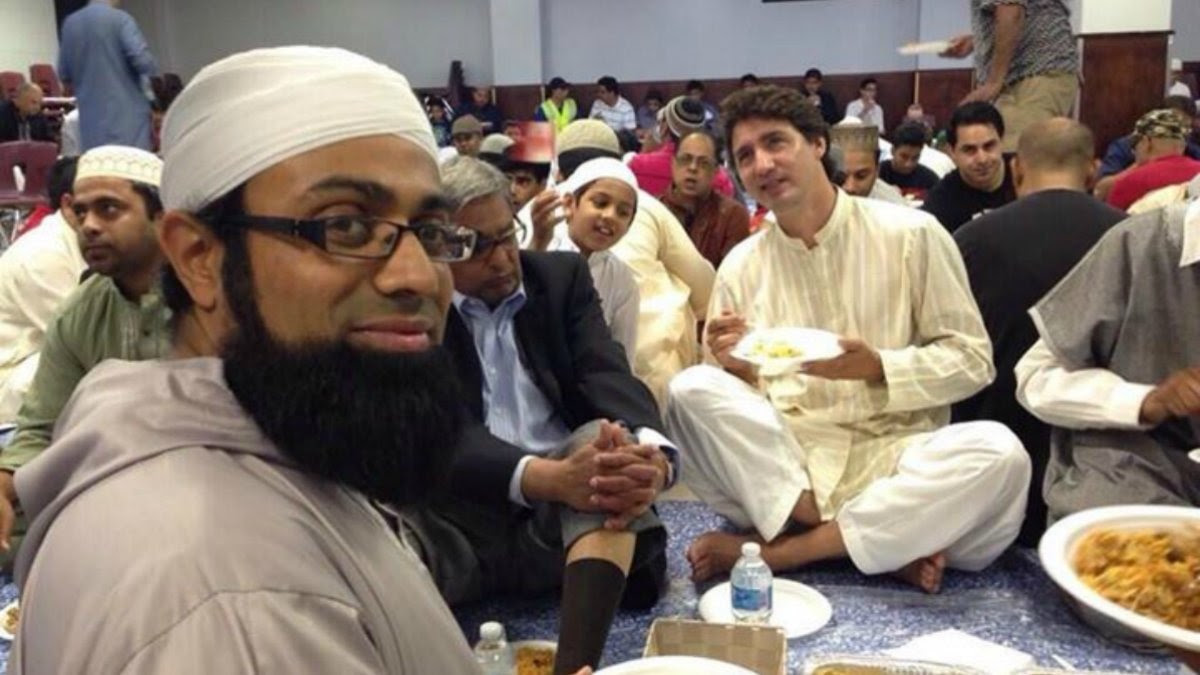 Photo caption: "The Muslim community in Canada celebrated his victory with him and nothing says victory like biryani - Photo courtesy: Usamaa Babar"
But wait--how's this for a coincidence?

The enigmatic liberal even shares a birthday with the founder of Pakistan, Quaid-I-Azam: 25 December!

Go figure, eh? Him and Jesus.
To recap Justin's first acts as prime minister-elect:
That pretty much says it all, don't you think?

Update: The Pakistani Enemy We Don't Discuss
Posted by scaramouche at 6:02 AM