Abdullah Gül's "Fanciful" P.R. on Behalf of the ROP

Turkey's ex-president has an op-ed in today's NatPo. Here's the letter I dashed off in response to his bushwa:

Abdullah Gül, the politician who co-founded the Islamist AKP Party with Recep Tayyip Erdogan and who preceded him as Turkey's president, uses the word "fanciful" to describe the way Muslims, who have long been divided into irreconcilable factions and embroiled in seemingly endless internecine squabbles, see themselves as belonging to a "unified family"--an "ummah."

Talk about le mot juste, "fanciful" is the perfect way to describe Gül's assertion that "Muslims can adopt democracy" and can "peacefully co-exist with universal values." Since sharia, Islamic law, is inherently discriminatory and undemocratic, and since Muslim nations long ago rejected the United Nations' Universal Declaration of Human Rights in favour of their own Cairo Declaration, which upholds sharia as the world's only acceptable law, it is "fanciful" indeed to foresee democracy taking root in Muslim lands.
,
But then, Gül has also stated (back in 2013) that Islam "is the religion of love, tolerance and conciliation"--emphasis on the "the", as though it's the one and only religion which inculcates those values. That Gülism races right past the "fanciful" and veers smack into the "delusional." 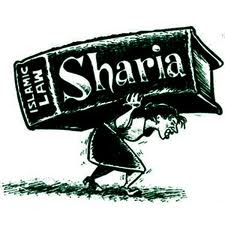 Posted by scaramouche at 8:39 AM