Hypocrisy in Paree: Iran--Yes, Iran--Welcomed With Open Arms as One of 152 Nations Taking Part in the Hot Air Summit

I haven't been able to ascertain for sure whether or not Syria will be taking part in the Paris climate confab. However, there is one nation, a state supporter of Syria, terrorism, and of changing the climate of Israel by frying it via a nuke, and that uses its immense, carbon-emitting oil reserves to fund much of its rotten, terror-supporting efforts, that will be taking part. 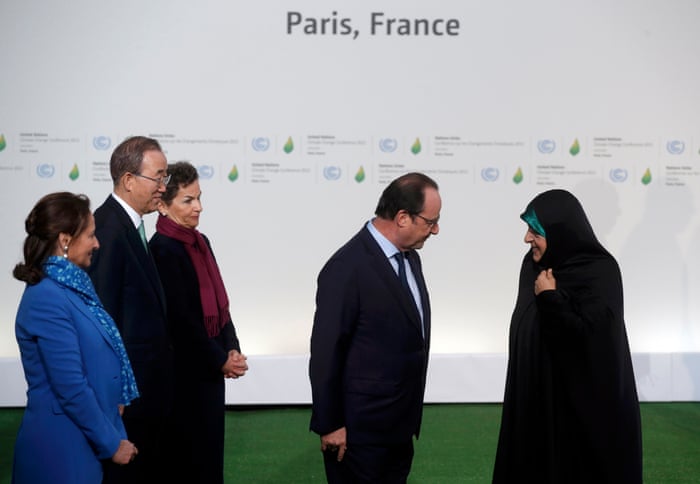 One cannot help but see this embrace of these odious totalitarian theocrats as a sign of the Obama desire for a thaw that will pave the way to "normalizing" (ha!) relations with the Grandiose Ayatollah (his favorite slogan: "Death to America!") is well underway, Iran's plans to wipe out a fellow UN member notwithstanding and, indeed, seeming to be irrelevant for the 151 leaders taking part in the summit. (There are actually 152 leaders participating, but I didn't number Israel's Netanyahu with the other world leaders, including Obama and Justin Trudeau, who are more than willing to put Iran's evil, genocidal intentions on the back burner for the sake of intra-summit amity.)
Posted by scaramouche at 8:59 AM