FFF wonders when America turned into North Korea. (When they elected Kim Jong Il-bama, I think.) 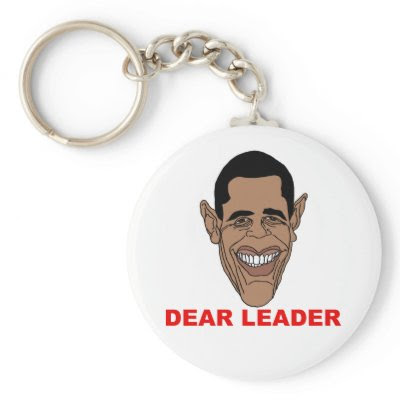 Posted by scaramouche at 1:44 PM

Thankfully, I don't have any personal experience with the North Korean regimes of the Kims Sr. and Jr. . . . but I do have some with Fidel Castro's Cuba, which, by dint of its greater cultural as well as geographical proximity to the U. S. might be the better analogy with Obama's regime.

In fact, the similarities between Castro and Obama are striking: Castro, like Obama, was a lawyer without a practice, who seems to have made it through law school on . . . attributes . . . other than academic merit. In Castro's case it was student gangsterism: He was famous for passing his courses by bullying and intimidating his professors, on occasion by direct armed threats. Obama, of course, doesn't have the game for that sort of thing, so he relied on the veiled coercion of affirmative action for the same effect (not that he would have needed much coercion to get his way with the crew at Harvard Law). Like Castro, Obama is markedly thin-skinned about any sort of personal criticism. Like Castro, Obama has enabled the rise of a cult of personality (the nuts and bolts of which are discreetly handled for him behind the scenes) that requires the overruling of the prefrontal lobe by the limbic system of his followers (some of whom are highly educated and cosmopolitan, and should know better). Like Castro, Obama fancies himself to be an expert in everything, from economic policy to climatology to electric power generation (even though, like Castro, he has absolutely no experience in making anything work--except his ascent to political power). Like Castro, Obama has been able adroitly to tap into socioeconomic and ethno-racial resentments to acquire a base of support . . . at least until he has enough raw police-state muscle to dispense with same. And, like Castro, Obama is adept at blaming forces outside his control for his failures.

So, perhaps the button on the key chain should read, "El líder máximo" instead of "Dear Leader."