For this they pay him the big bucks?


What could Israel have done? The Palestinian Authority, which has made concrete strides in the past five years at building the institutions and security forces of a state in the West Bank — making life there quieter than ever for Israel — finally said to itself: “Our state-building has not prompted Israel to halt settlements or engage in steps to separate, so all we’re doing is sustaining Israel’s occupation. Let’s go to the U.N., get recognized as a state within the 1967 borders and fight Israel that way.” Once this was clear, Israel should have either put out its own peace plan or tried to shape the U.N. diplomacy with its own resolution that reaffirmed the right of both the Palestinian and the Jewish people to a state in historic Palestine and reignited negotiations.

Reality check: The P.A. is "state-building" with Hamas, and, short of offering up Israel in its entirety, there is no "peace plan" that would have satisfied that dynamic/demonic duo. Also, the idea that Israel— Israel!— could have had any influence at the U.N., a racket in the hands of Islamists, thugs, despots and other Zion-loathers who long to see Israel expunged is, quite simply, bonkers.

Update: While the TLFs try to pin the blame on Bibi, Jonathan S. Tobin, the anti-TLF, situates it where it belongs--in Obama's lap:


For many liberal pundits, the blame for the circus that will unfold this week at the UN with the start of a debate over Palestinian statehood is to be assigned to Israeli Prime Minister Netanyahu whom they wrongly claim has obstructed peace talks. Others are inclined, with more justice, to put the onus for the problem on Palestinian Authority leader Mahmoud Abbas whose pursuit of UN recognition of statehood without first making peace with Israel is seen as both futile and counter-productive to the end that he claims to seek.

But the lion’s share of the blame ought to fall on President Obama. Though peace talks were stalled when he took office in January 2009, the deterioration of a relatively stable standoff into the volatile situation that exists today is due in no small measure to the blunders that the president’s team has committed over the past 32 months. Though friends of Israel will rightly give Obama credit for sticking to his word and vetoing the Palestinian resolution — a stand that will be undertaken as much if not more in defense of U.S. interests than those of the Jewish state — the diplomatic disaster that is about to be played out is the fruit of his own misjudgments...

The debate in the UN this fall is just one more chapter in the ongoing war against Israel. The Palestinians will not get a state from this show and it may well be that Abbas and the PA will lose more from the resulting tumult than anyone else including Netanyahu. But it must also be understood as a profound defeat for American diplomacy that was only made possible by the hubris of Barack Obama. 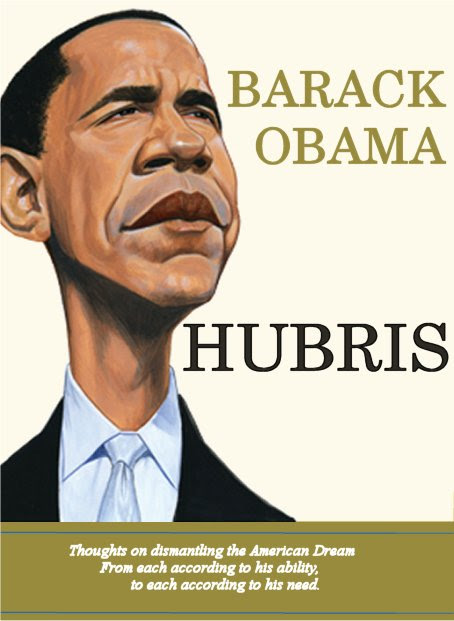 Posted by scaramouche at 7:46 AM

To read a column like Mr. Friedman's latest is to marvel at the mentality of someone who treats Israel's existential struggle against many hostile neighboring nations that want to expunge it (literally!) from the map as if it were a squabble among Minneapolis city councilmen over whether to allocate additional funds to expanding the park system or building more bridges across the Mississippi to neighboring St. Paul. (I'd vote for the latter myself, . . . but I digress.)

The problem, of course, is not confined to Mr. Friedman. While the animus against Israel among many Europeans--not to speak of Middle Easterners--is doubtless rooted in old-fashioned anti-Semitism, I think that American pseudo-intellectuals, like Mr. Friedman, who cannot bring themselves unreservedly to take Israel's side in her existential struggle are motivated by (1) a sense that Israel is a honkie urban enclave resisting "integration" with the surrounding black neighborhoods and (2) the deeply-ingrained American cultural outlook, born of the long Anglo-Saxon tradition of rule of law and free commerce, that adversarial relationships can always be resolved by negotiation, compromise, and quid-pro-quo. (In Mr. Friedman's case, having actually grown up in Minneapolis, this world view is reinforced by what Midwesterners dub "Minnesota nice," a particularly sunny outlook and heroic neighborliness, only now being tempered by exposure to large numbers of Somali "refugees.") In their heart of hearts, many Americans--and, I would guess, many Canadians as well--just cannot bring themselves to believe that Israel could not solve its . . . differences . . . with its neighbors with the right bundle of concessions and subsidies.

Of course, even a cursory reading of the recent history of the Middle East, not to mention that of Islam going back to its origins, should be enough to convince anyone with a mental age greater than, say, 12 that deeper factors than economic interest motivate the fanatical Moslem hatred of the "Zionist entity" in their midst, but, alas, subjective perceptions of reality often trump the objective facts of the case.

Thanks for that perceptive analysis, CP. TLF is so consistenly wrong about so many things--recall his embarrassing giddiness in Tahrir Square and his enthusiasm for the Communist Chinese way of doing things--that it's a wonder anyone gives his pseudo-profundities any credence.